Magnetic induction occurs when motion of a wire through a changing strength of magnetic field (magnetic flux) creates a current.  The motion induces a voltage and an electrical force that pushes electrons through the wire.

Induction means you are performing an action to create something.  In this case you are moving a wire to create current. 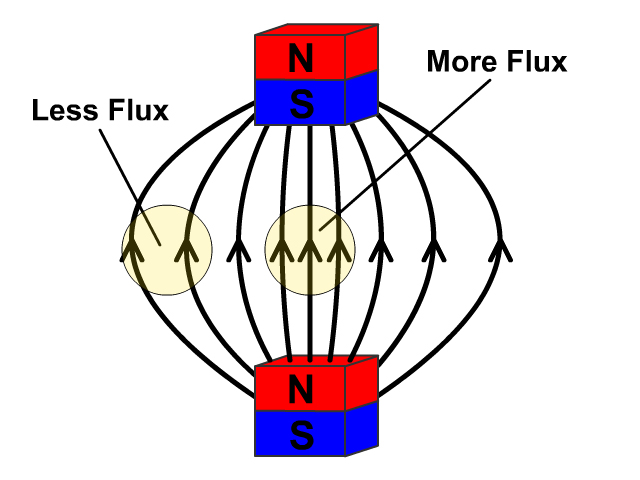 Moving a wire perpendicular a magnetic field produced by the U shaped magnet in the animation forces current through a wire.

Magnetic induction is the principle behind an electric generator that turns mechanical energy (motion) into electric energy.

Three ways to increase the voltage and current through electromagnetic induction:

Indirectly anything that would decrease resistance would also increase the induced current.

1. Which of the following would be occurring if you rotated a loop of wire in a magnetic field as seen here?

A. The loop will be squished from the induced magnetic force

B. The magnetic field would be strengthened

C. Nothing, since you don't have a straight wire

D. A current would be produced in the wire

D. A current would be produced in the wire

The relative motion of the loop of wire in a magnetic field would induce a current in a wire. 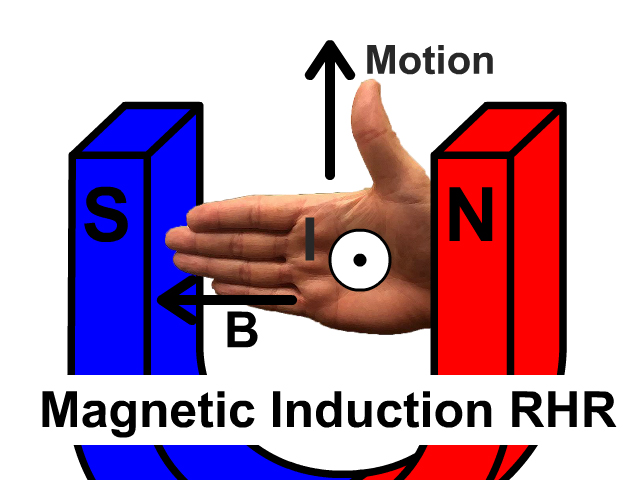 2. Which of the following would not increase the current produced in a wire?

A. Having a stronger magnet

B. Having a solenoid with more coils

3. Which way would current flow when a wire is moved upwards perpendicular to a magnetic field produced by the magnet seen below? 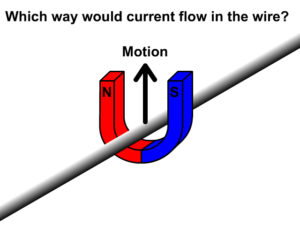 When you align your hand with the thumb (motion) up and fingers to the right (aligned with the south pole), your palm (current) will face away from you. 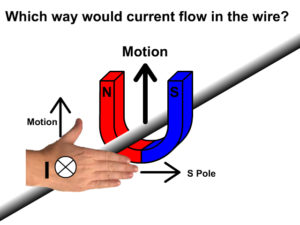 4. What pole of the magnet is labeled with the question mark when current flows away while you move a wire upwards? 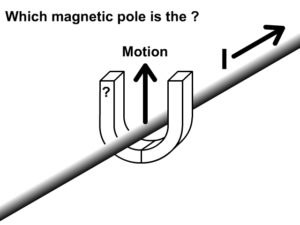 When you align your hand with the thumb (motion) up your palm (current) away from you, your fingers face to the right (south pole) and the opposite side would be the north pole. 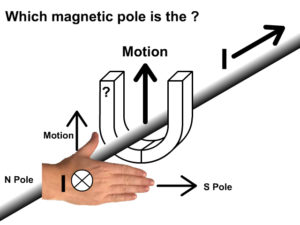