Physics is the study of the physical world and natural phenomenon.

Kinematics - A branch of physics that studies of motion.

Many problems require you to seek out information so you can answer a question.

For example this question:

Here we are given two knows and one unknown and can begin to create a solvable problem.

Next we would find an equation that has the knowns and unknowns in it, which leads you to the equation v=x/t

After we plug in the values and solve we find the answer to be 3 meters per second or 3 m/s with an abbreviated unit.

The unit m/s was derived by the units for the variables x and t as seen in the picture. 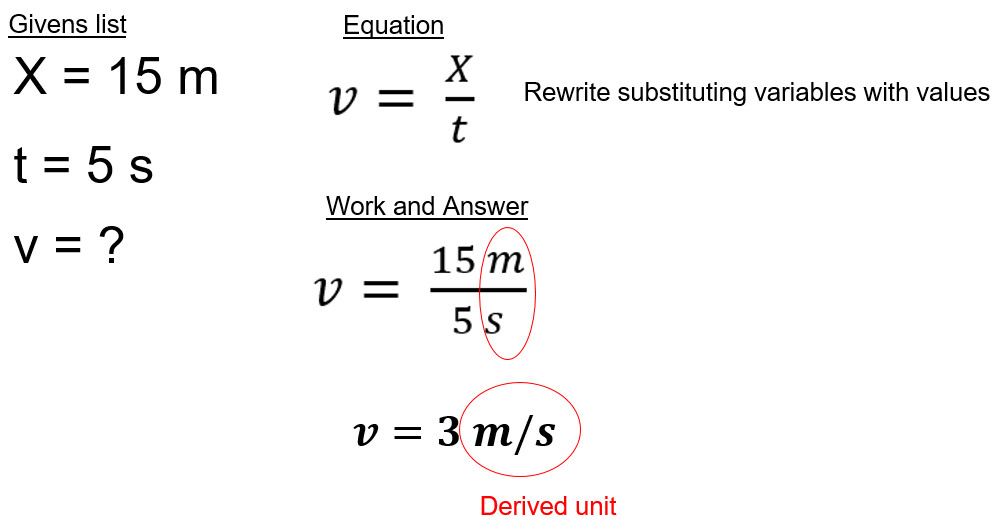 In physics we use a system of units called MKS derived from the common metric SI units which stands for system international.

What MKS Stands For:

Since physics deals with large objects like planets, instead of grams, like in chemistry, we use kilograms as a standard unit of mass.

If the units given are not in the MKS units we will often have to convert.

Lets say you were 652 miles away from Atlanta and you were asked to convert this to meters, you would need a conversion ratio.

After converting, we would have to think about significant figures and putting the number into scientific notation as you see in the picture.

In science we are measuring in meters and often have a prefix like centi- in front of the unit meter which represents a factor of ten.

Look at a few common prefixes we use in physics which will help you convert. 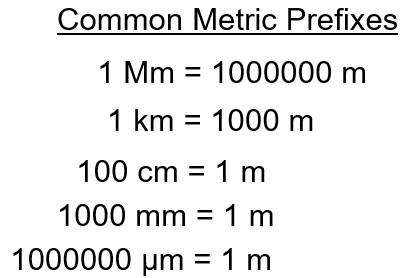 Let assume you measured your desk and found it to be 65 centimeters and you needed that measurement in meters for your lab.

The conversion would then look as follows: 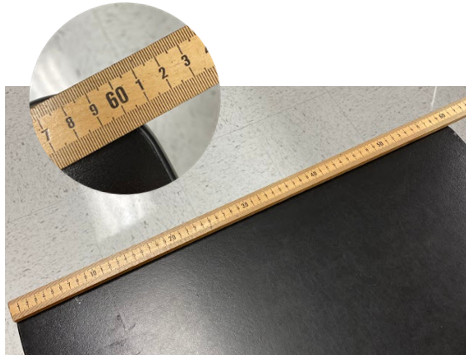 Here is another example:

Deimos, a small moon of Mars, has a radius of 11.265 kilometers.  How many meters is this?

How to Write Into Scientific Notation

When Starting With a Big Number 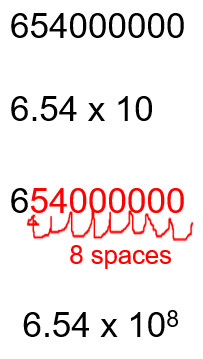 When Starting With a Small Number 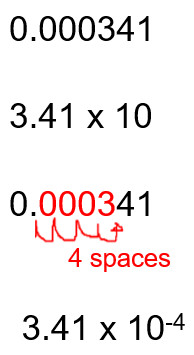 Question: How do you write 0.0051 in scientific notation?

How to write out of scientific notation

If you have a negative exponent, drop the (x 10) and move the decimal that many spaces to the left

If you have a positive exponent, drop the (x 10) and move the decimal that many spaces to the right

Convert the following numbers to meters with the correct scientific notation