Learn about two dimensional motion.  The motion occurs when an object turns or is an airborne projectile.

Two dimensional motion involves vectors that include motion on the X and Y axis.  The first kind of problem, non-projectile, includes object that are just turning but are not in the air.  Because of this we will use our common SOH CAH TOA trigonometry functions.  Next we get into problems with projectiles that are being accelerated by gravity in the Y axis while having a constant X axis component.  We then teach you how to approach horizontal launch problems mathematically.

1: Describing and Drawing 2D Vectors and Solving for Components

Put vectors together to determine the overall resultant

The X and Y motion is independent when an object is a projectile going through the air.  See what this means and discuss the facts of motion when a projectile is launched.

We use separate X and Y givens when an object starts falling while initially traveling horizontally.  This can be because a projectile is thrown horizontally, rolls off a table, or drops from a plane.  See how to work through these problems following this link. 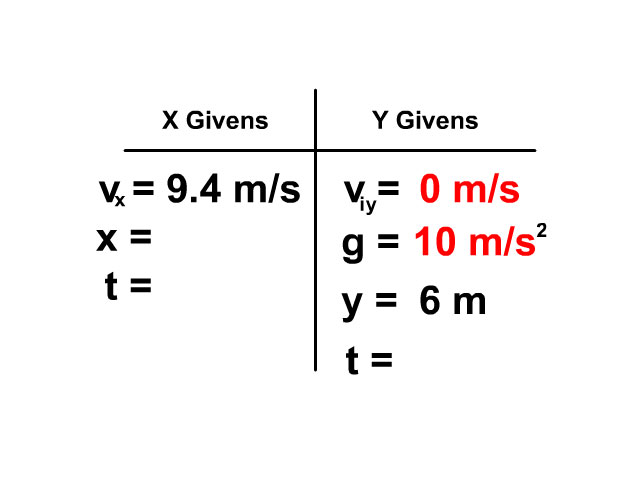 5: Learn and Play With Angry Birds