When adding two vectors, 20 meters north and 40 meters east, you would start with an origin dot then draw them head to tail.  It does no matter which one you draw first as long as they are head to tail.   The magnitude will be the same either direction you follow first but you'll have complimentary angles and descriptions.  One may be 27° N of E and the other would be 63° E of N.  Complimentary means the two add up to 90°.

Directions have a baseline, starting direction from which the angle is directed, described many possible ways.

Look at the context of the problem to determine which to use.

The angle will be directed from that baseline and needs a direction as well.  Look at the difference between 20° N of E and 20° N of W.  Both are 20° north but without the baseline the direction is uncertain.  Of east or of west is a baseline that completes the direction.

Determining Components of a Vector 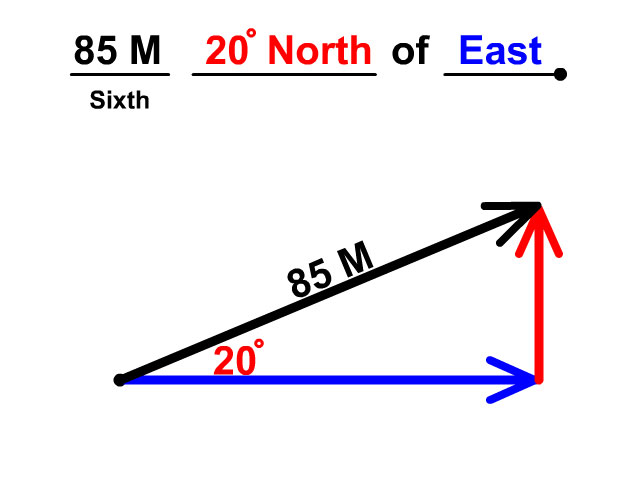 Now that you drew the vector, you have three arrows, one on the hypotenuse, one east, and one north.  The north and east arrow represent components.  We are asked to solve for the east, so we will use our trig functions to figure out that side.  The arrow in red is facing east and what we are solving for.  We have the 85 m hypotenuse, a 20° angle, and the adjacent side as our unknown.  This leads us to the cosine function which rearranges to adj = (cos Ө)(hyp).

The final answer to the question rounds to 35 meters east. 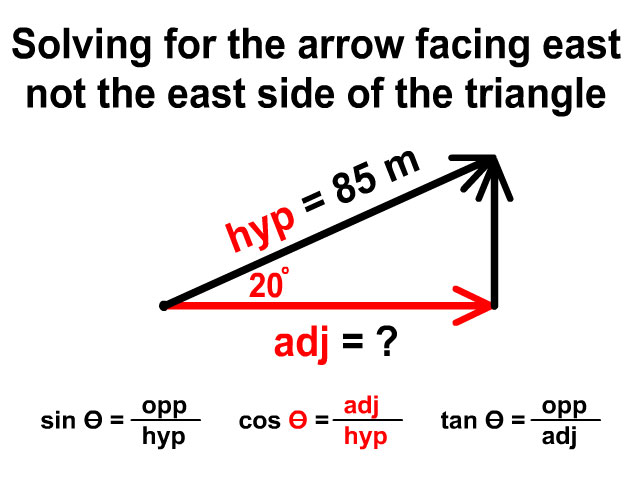 What is the resultant of a horse that travels 45 meters north followed by 75 meters west?

When you see a question that has two separate vectors, 45 meters north, and 75 meters west, you are adding vectors.  When adding two vectors on different axis, you can't simply add or subtract.  Follow the following step as we go through an example to get the three part resultant answer.  The answer will have a magnitude, an angle, and a description of that angle.

Adding two vectors, 45m north and 75m west, to get the resultant 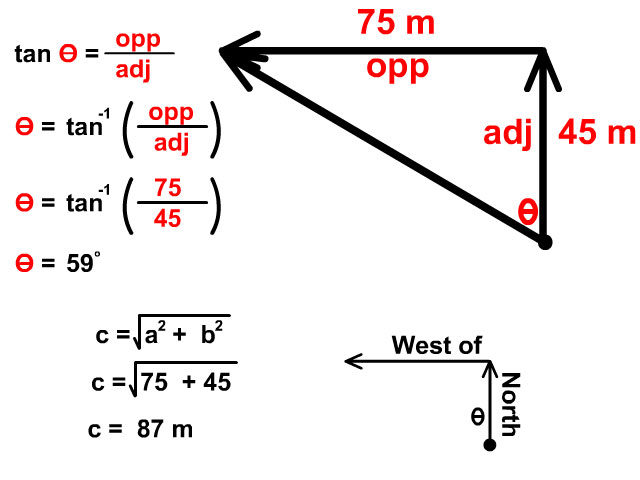 How do you describe this vector? 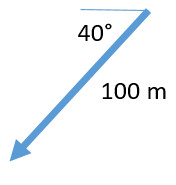 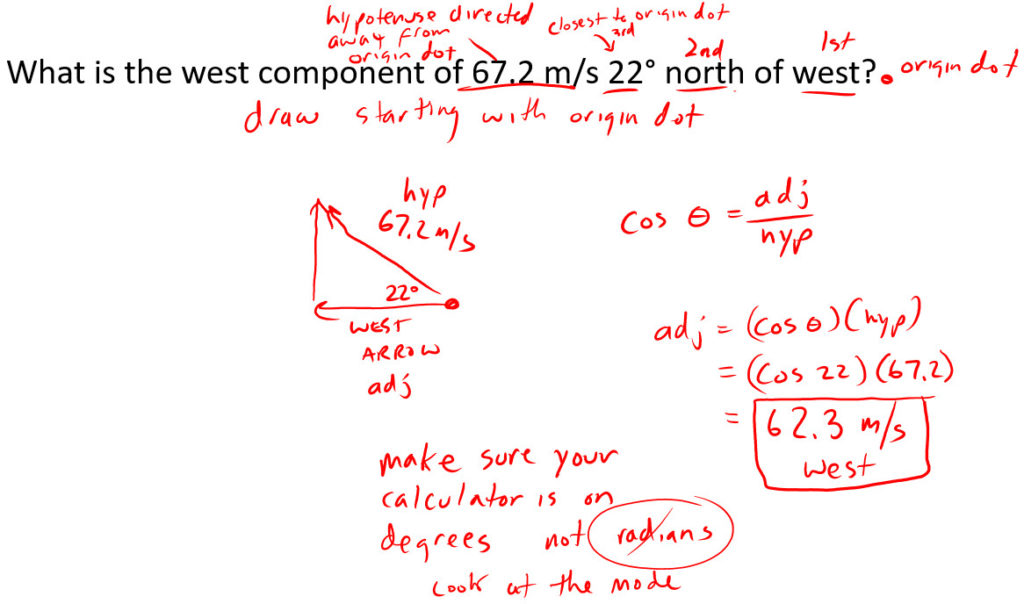 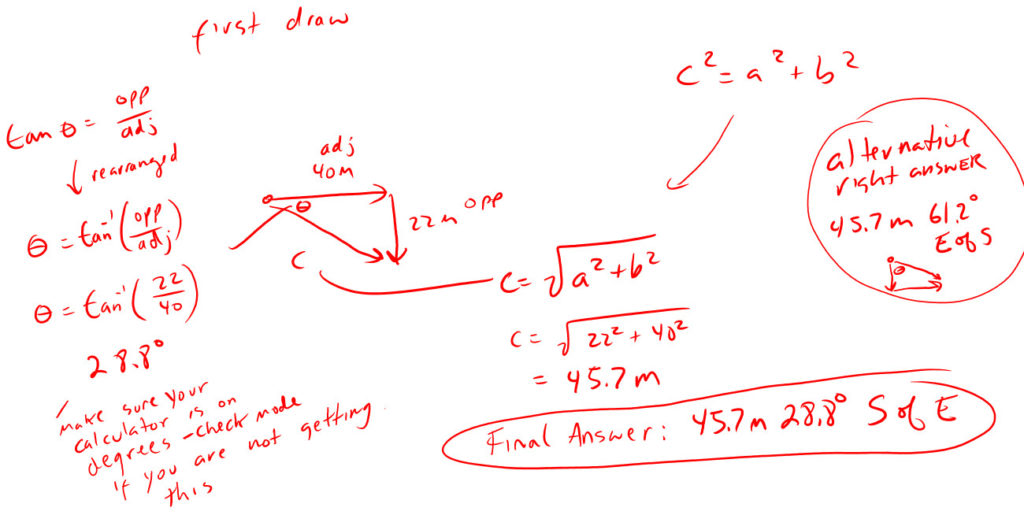