When we approach horizontal projectile motion problems separating the x and y components and work through problems keeping those givens separate.

When you see a problem with an object in the air traveling going forward but under the influence of gravity, create a separate X and Y givens list. 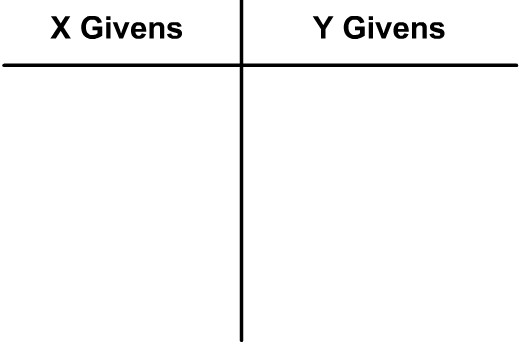 Look at the equations used in projectile motion below.  In the X axis you will only use our constant motion equation. Below you will see vx which is just velocity in the x axis. 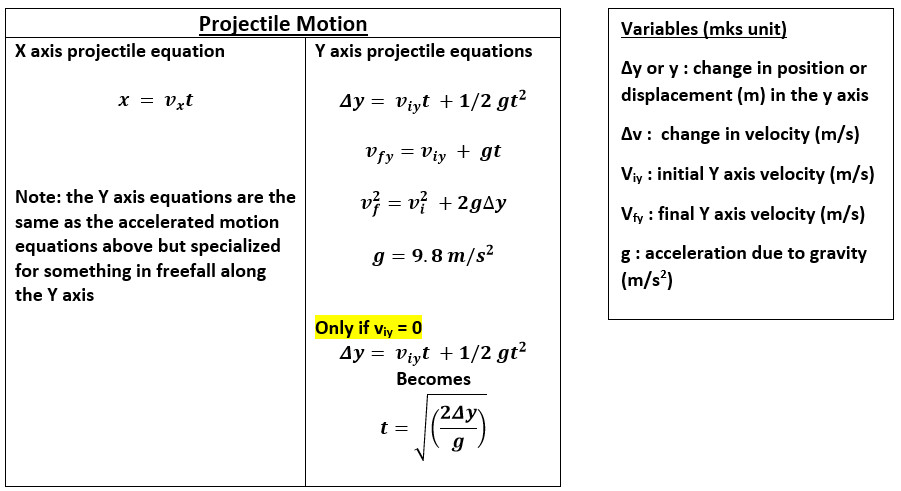 Joe throws a ball 9.4 m/s horizontally forward from the second floor 6 meters off the ground, how far downrange does it land?

What you see (in the red to the right) are givens in all horizontal projectile motion problems.  All falling from rest and accelerate at 9.8 m/s2 down.  Since all the directions in the Y axis are down well call down the positive direction in the math.

We have three of four givens for the normal acceleration equations and since Viy = 0 m/s you can use the equation you see on the right in the picture.  Note that this is the rearranged version of x = vit + ½ at2 in the 1D motion equations.  If you are not provided the simplified equation you'd start there. 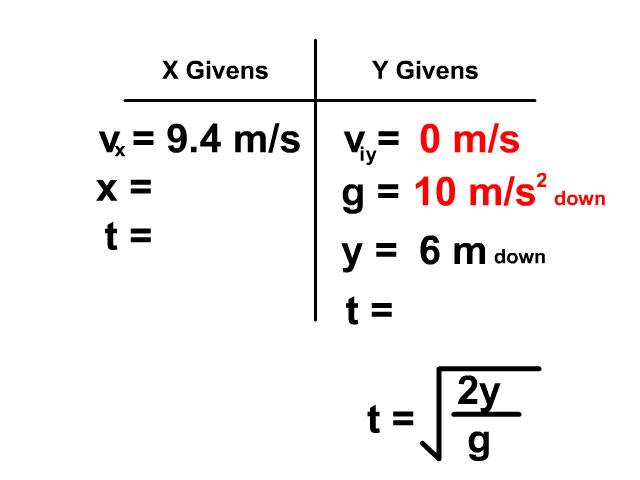 When you take the square root of 2 times 6 divided by 9.8 you get 1.107 seconds.  This is the time it takes to fall.  This is also the time it has to go forward so throw it in the x axis givens list. 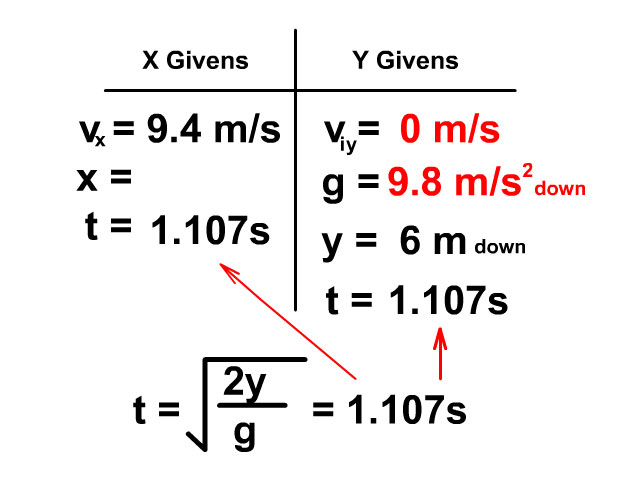 Lastly you use the constant motion equation in the X axis to solve for x.

We have two of three X givens and solve for time using the X axis and the constant velocity equation seen on in the picture. 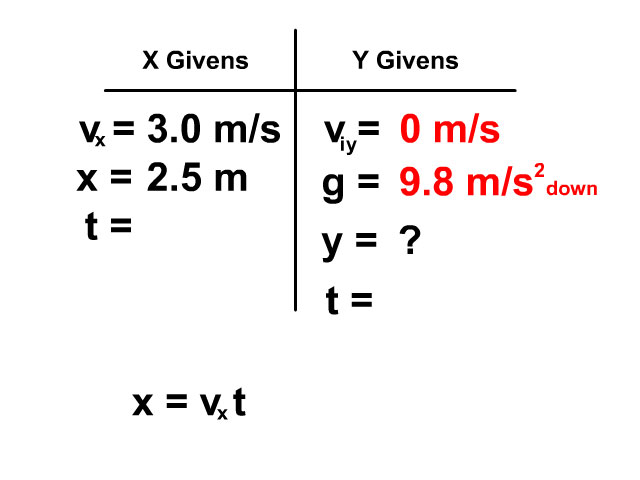