Learn about basic waves.  Find the difference between an electromagnetic and mechanical waves.  See how a mechanical wave is different than a longitudinal.

Two types of waves are mechanical and electromagnetic.  Both involve energy propagating or moving from one location to another.

An electromagnetic wave starts with a vibrating charged particle which can be an electron shifting its energy level.  Electromagnetic waves do not need medium (particles) to transfer energy and can move through the vacuum of space.  Outer space is a vacuum because it does not have air particles like here on earth.

A mechanical wave starts with a vibration of a particle.  Mechanical waves also need particles, also called medium, to propagate.  Without particles, they cannot move through a vacuum like in outer space.

The resulting electric field and a magnetic field in an electromagnetic wave vibrate perpendicular (90°) to each other.

The types of electromagnetic waves from longest wavelength to shortest are Radio, Microwave, Infrared (IR), Visible Light, Ultraviolet (UV), X-Ray, and Gamma Ray waves.  Frequency of a wave is inversely proportional.  So from highest frequency to lowest frequency would be reverse of the order above.  Be careful in any question, a radio wave is an electromagnetic wave.  A sound wave is a mechanical wave.  A radio converts the radio wave signal into sound through a speaker.  A sound wave and radio wave are very different types of waves as you will see in future lessons. 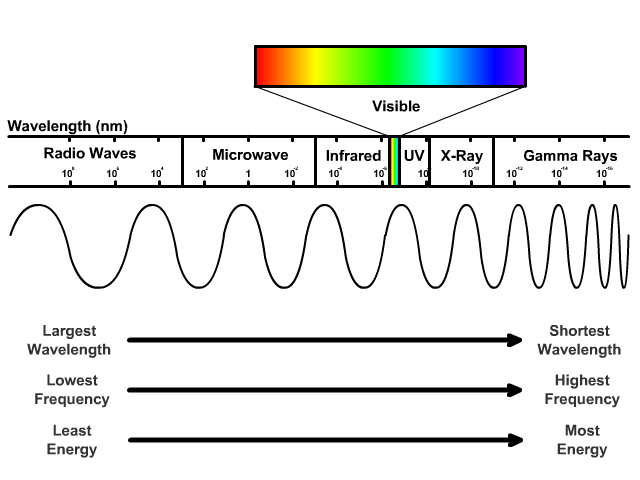 Speed of an Electromagnetic Wave 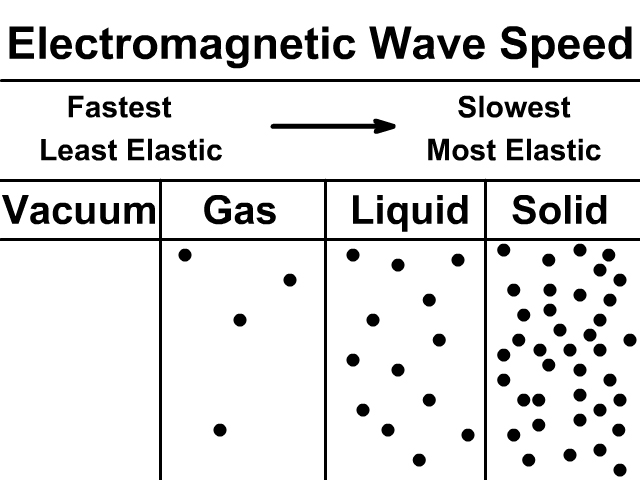 In order to start and transmit a wave, a source of disturbance (vibration) is required.

Waves can propagate; transfer their energy, as a single vibration or wave pulse.  They can also propagate if there is a continuous source of vibration called a wave train.

1. What do all waves transfer?

2. What do waves not transfer?

Medium or particles return to their original position in mechanical waves.  In electromagnetic waves medium is not necessary

3. What is the do mechanical waves require that electromagnetic do not?

Medium or particles to travel through

Electromagnetic waves do not require a medium or particles to travel through and mechanical waves do.

4. What is the difference between a wave train and pulse?

A wave pulse is a single disturbance's energy being transferred.  A wave train is a continuous disturbance or vibration.

The two types of mechanical waves that require a medium are transverse waves and longitudinal.  A medium is matter particles like gas (ex. air), liquid (ex. Water), and solid (ex. earth).  All mechanical waves start with a disturbance of medium.

Speed of a Mechanical Wave

Transverse waves need a medium to travel and therefore do not travel in the vacuum of space. 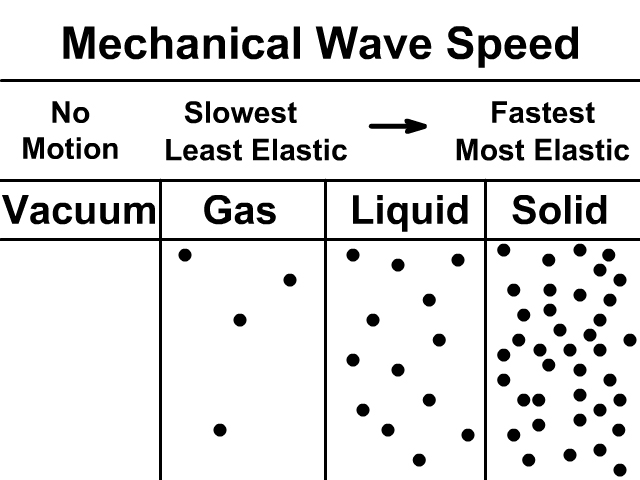 Parts of a Transverse Wave

The equilibrium position of any wave is the middle point where vibrations occur around.

A transverse wave has a top called a crest and a bottom called a trough. 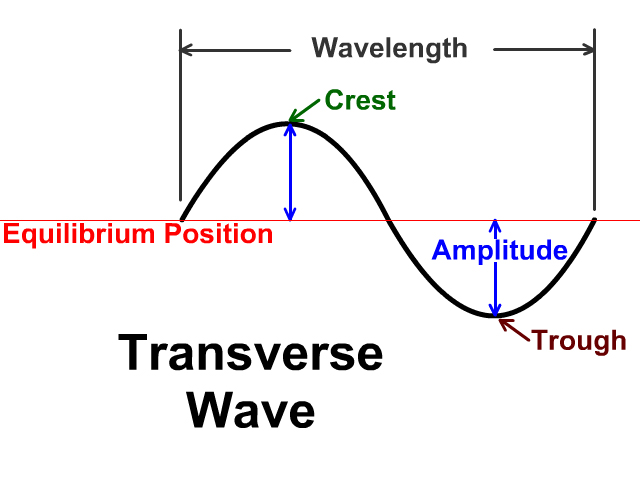 Longitudinal waves vibrate parallel to the movement of energy in a wave.  The particles of a longitudinal mechanical wave will vibrate back and forth on the same plane as the motion of energy transfer. 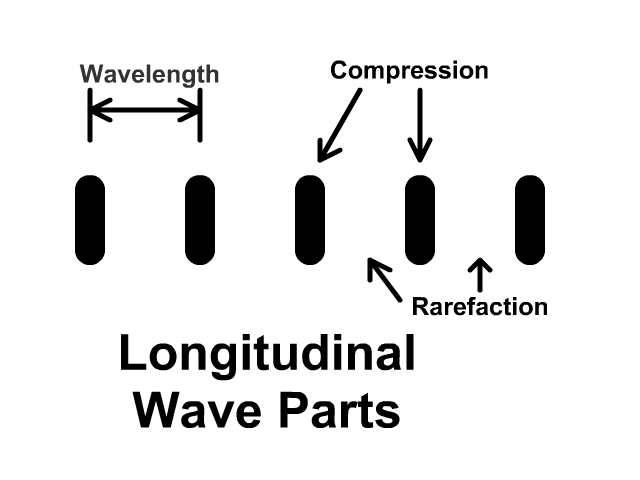 Sound is a Longitudinal Mechanical Wave

A common longitudinal wave is a sound wave.  In this animation the particles (i.e. air) are left out but would be vibrating back and forth and the energy is going in all directions outward.  Here you can follow the compressions (represented by lines) ad rarefactions represented by the less dense open spaces.

5. What kind of wave moves perpendicular to the direction of travel?

6. What kind of wave moves parallel to the direction of travel?

7. Label The Parts of a Transverse Wave. 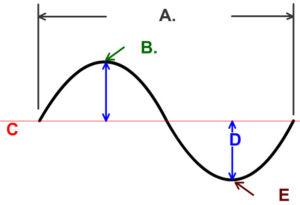 8. Label compression and rarefaction in the longitudinal wave. 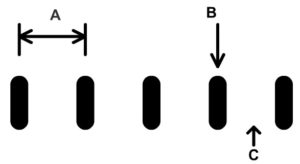