Batteries and lights can be placed many ways in a circuit. Learn why two bulbs in series with batteries don't burn as bright as two in parallel.

Printable Guide For This Battery and Lights Page

Read more about conventional current in a previous lesson.  You can thank Benjamin Franklin and his single fluid theory for today's convention of following current from positive to negative. 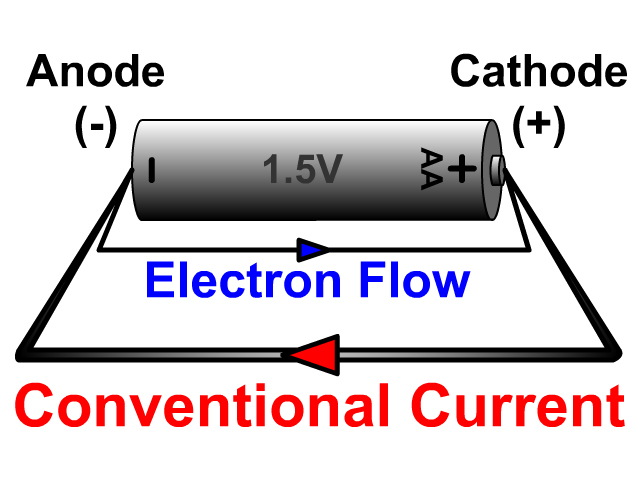 Charge and Voltage of a Battery

Common 1.5 volt batteries you find around the house are labeled AAA, AA, C, and D.  These batteries have the same voltage but vary in size.  The larger batteries can hold more charge and therefore run for a longer period of time.  Larger batteries can also be used to provide extra current. 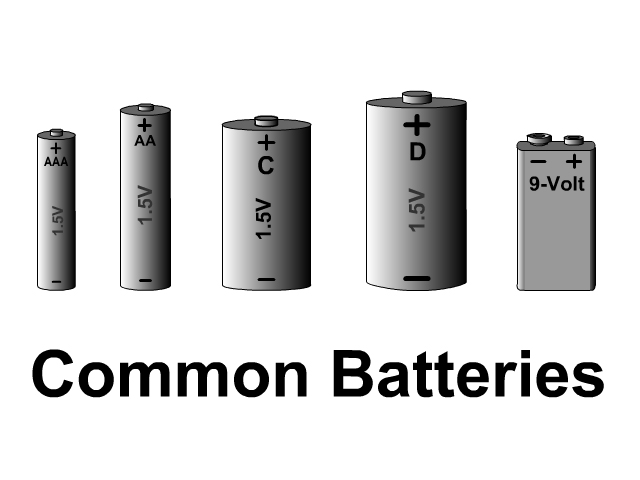 When batteries are connected in series the voltage of each battery adds together.  Since they are in the same conductive path the voltage acts separately.  Each battery will pumping current separately like three hoses pumping into one path.  Three 1.5 volt batteries in series will provide a combined potential difference (voltage) of 4.5 volts.

Batteries in series will run out of charge quicker than in parallel since they all work separately like they would in the circuit alone. 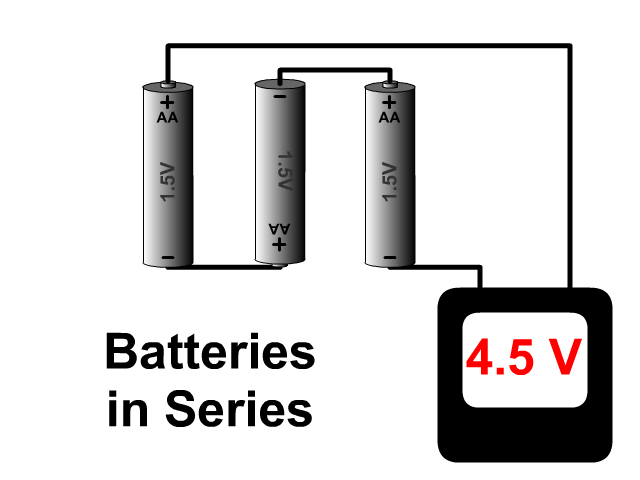 Batteries are connected in parallel work together to provide the same voltage as an individual battery.  The voltage stays the same no matter how many batteries are in the parallel circuit. Three 1.5 volt batteries in parallel will provide 1.5 volts of potential difference.  Each has the same potential difference (voltage) but additional batteries provide an additional source of charge.  Because of more available charge the circuit can run longer without needing to change the batteries

While there in no increase in potential difference, the resistance is less, which can be used to increase current. 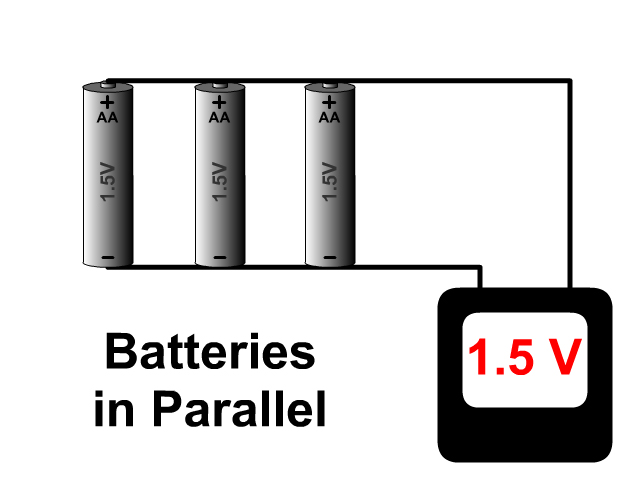 Power is ultimately responsible for the brightness of a light bulb.  In a traditional incandescent bulb, current traveling through a filament lights up a bulb.  The voltage of the power source is what drives current.  That power source voltage can vary depending on the source.   While this would also change the resulting current, it's most correct to say power is responsible for brightness.  Power (P) is equal to the product of current (I) and voltage (V) in the mathematical expression P=IV. 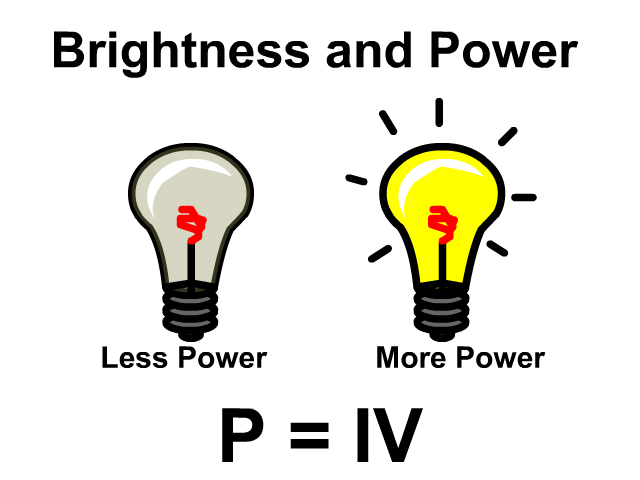 Lights in series do not burn as bright as if in parallel.  In series, the resistance of each light, acting like a resistor, adds up.  The more resistance, the less current in the circuit (Ohm's Law: I=V/R).  Current running through a light bulb causes it to burn brighter.  Every additional light added in series will increase resistance and lower current.  Each additional light added would cause all lights to be dimmer. 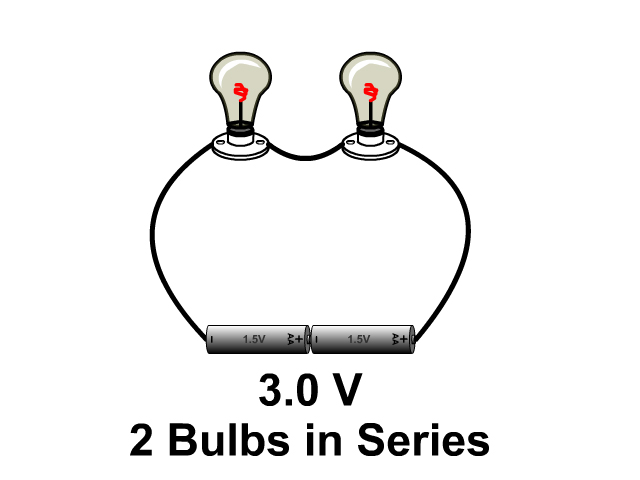 Lights in parallel burn brighter than if in series.  In parallel, the voltage between each component is the same as one individually.  Greater voltage creates more current (Ohm's Law: I=V/R) given the same light resistance.  Lights burn brighter in parallel because there is more current running through each bulb.  Adding another light bulb in parallel will not change the brightness but will cause the batteries, with a limited charge, to die quicker. 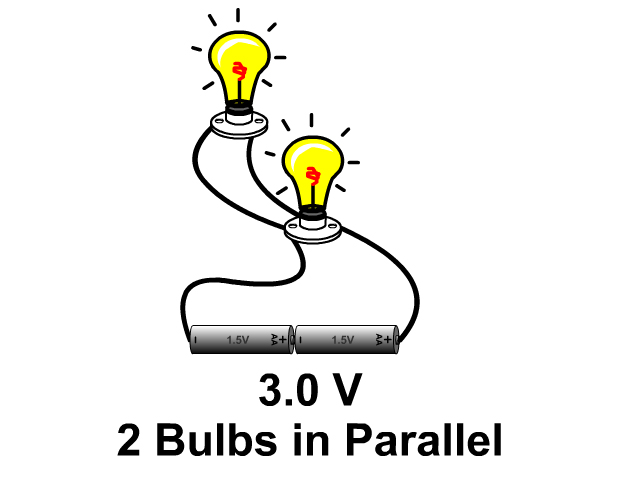 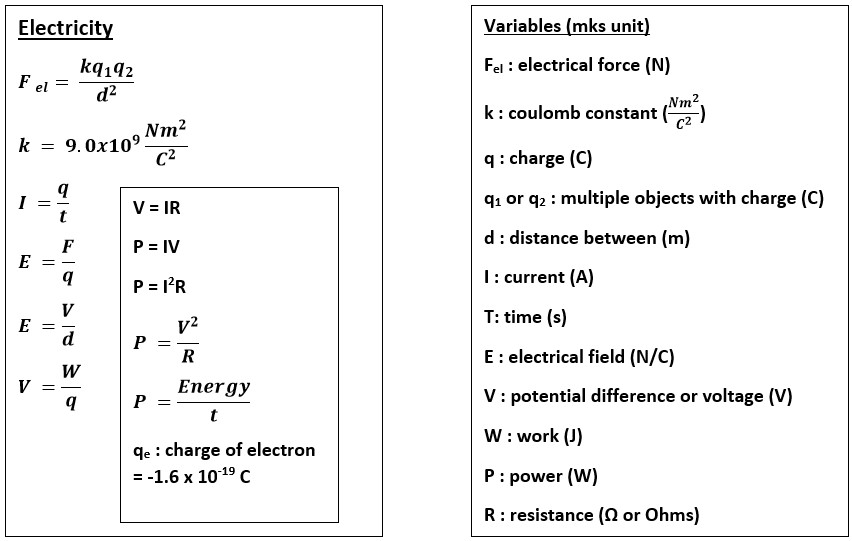 Calculating Your Electric Bill From A Cost Per Kilowatt Hour

1. What is the resistance of a light bulb that has 0.3 amps of current flow when 1.5 volts drop across it?

2. What is the power of a light bulb that has 0.3 amps of current flow when 1.5 volts drop across it?

Battery voltage causes current to flow from the positive to negative terminal.  When placed in the same direction in series, current adds up.  If a battery were placed backwards the flow would be in an opposite direction and subtract.  Observe the overall charge when placing batteries in series in different orientations. 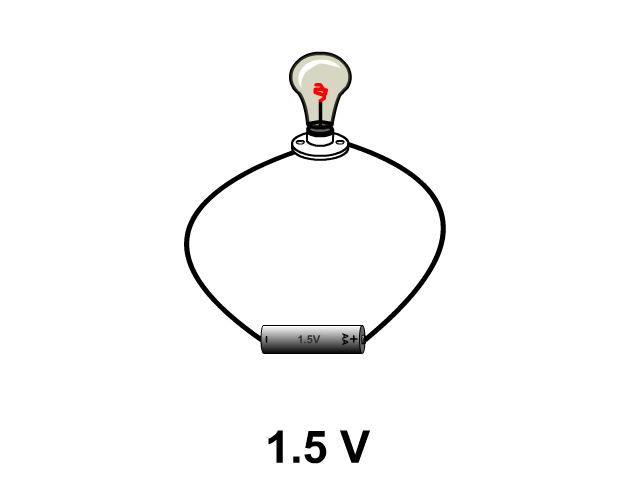 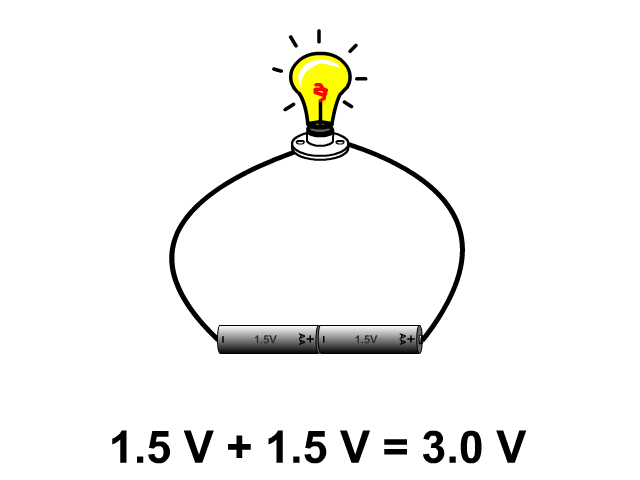 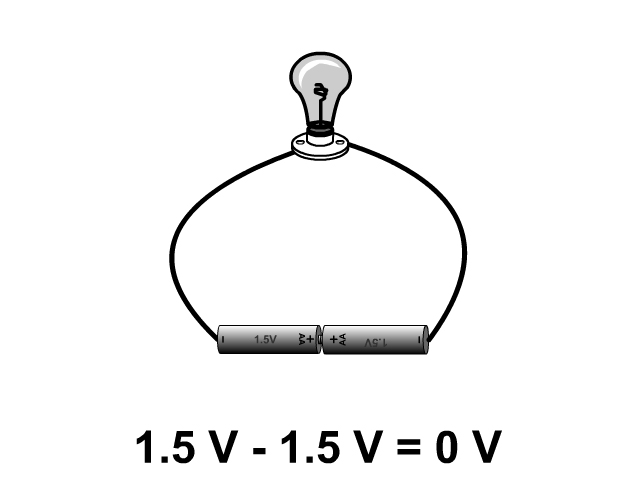 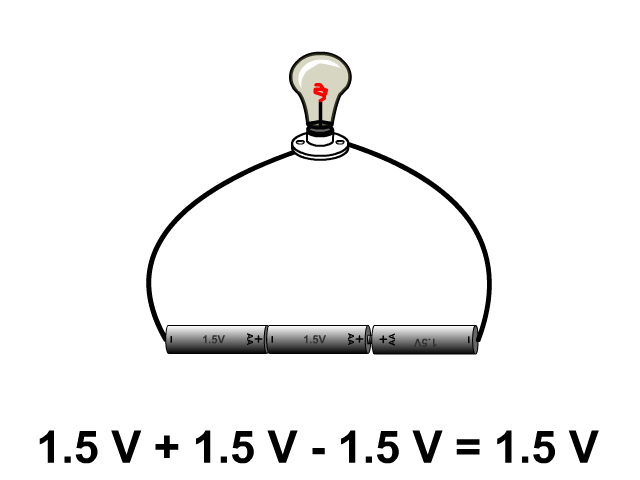 4. What is the voltage of 5 batteries placed in series with a correct orientation as seen below, and would current flow right or left?

In the same orientation voltage would add up

The positive terminals are aligned to the right so current would flow right.

5. What is the voltage of 5 batteries placed in series with two having an incorrect orientation as seen below and which way would current flow?

Voltage adds up for the three in the same orientation and the two opposite would subtract.  We will make positive to the right and negative to the left

The overall answer was positive so current would flow right.

Would two AA and one C battery create a current if placed in series in a closed circuit and if so what would the voltage be?

Yes, they would create a current.  The difference is size and length of time they would provide current because of the charge.  The total voltage would be 4.5V and current would run to the right because of the orientation of the positive terminals.

The following PhET circuit construction kit can help you understand the workings of circuits.